The life of a Gypsy – Appleton, Toronto, Baltimore 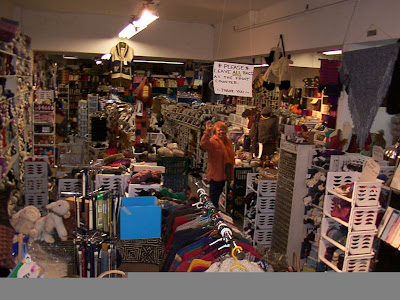 So… as I mentioned… I’m on tour with Chitty Chitty Bang Bang.  It’s a great group of people a fun show to be a part of.. and a really cool flying car.  What more could a gal ask for?  I’ll tell you – really great yarn stores all over North America!  I’m slightly limited cause I don’t have a car… but I do have two rather long legs, so I’m making it a mission to see as many yarn stores as I can.  So far… I’ve been to three that I absolutely loved!